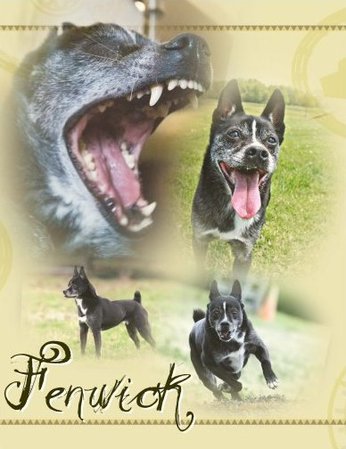 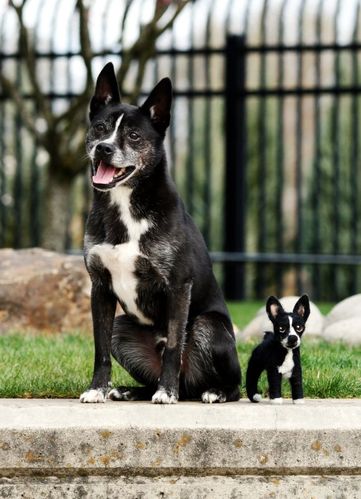 Fenwick is my favorite.  I know you're not supposed to have favorites, but there is no use in denying it - in fact, Fenwick WILL NOT be denied.  Fenwick demands attention, the world revolves around him, the whole household reflects his many ever changing moods.

And Fenwick is moody.  If ever there was a girl dog in a boy body, it would be Fenwick.  He can go from super happy to super pissed and back again in a heartbeat.  He's irrational, demanding, contrary, and very, very naughty.  His goal in life is to make sure everyone is focused on HIM - and if he has to throw a tantrum, steal all the toys, bark his head off, jump on someone's head - he will do it.  Fenwick is not even the tiniest bit shy.

Yet, for all that, I adore him.  He is unapologetically FENWICK, he knows what he wants and he will get it, one way or another.  He's both bold and sneaky, he will come right up and take food off your plate if he thinks he can get away with it (or your back is turned).  He never quits, he never loses enthusiasm - and let me say, he has a LOT of enthusiasm.

As a puppy he was a non-stop dervish of energy, he couldn't sit still, always on the move.  He's a bit calmer these days, but still our biggest troublemaker by far.  He rarely shuts up - I really don't think Fenwick's brain is connected to his vocal cords, he can't seem to stop barking even when he tries.

Did I mention I love this dog to pieces?  On paper, he sounds terrible - in person, he's magical.  He always makes me smile, he has personality oozing out of his pores - you can't be mad at him.  And he really isn't a 'bad dog', he actually is quite sensitive, though he may not look it.

I could go on about Fenwick forever, but I could never really describe him.  He has to be experienced really - and everyone loves Fenwick, it's not just me.  Of all my dogs, he's the one everyone knows and has to say hi to when they see him.

I love all my pets, but Fenwick is my special guy, my favorite, we fit together perfectly.  I understand him, he understands me - I can't ask for anything more. 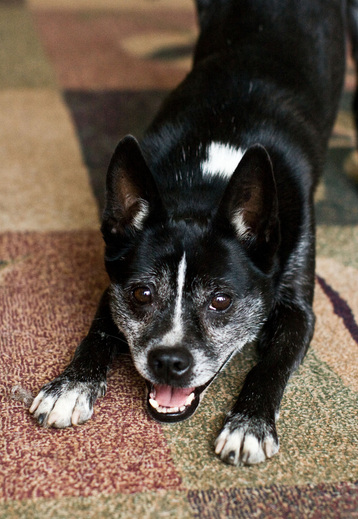 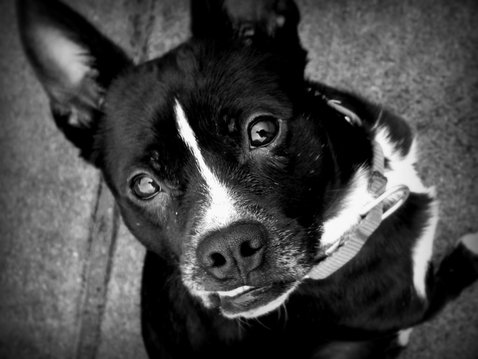