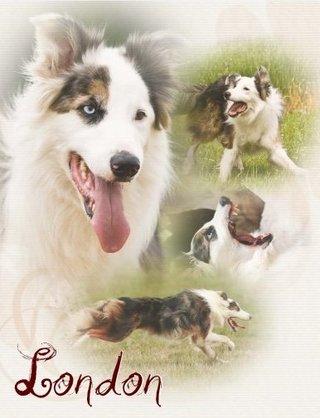 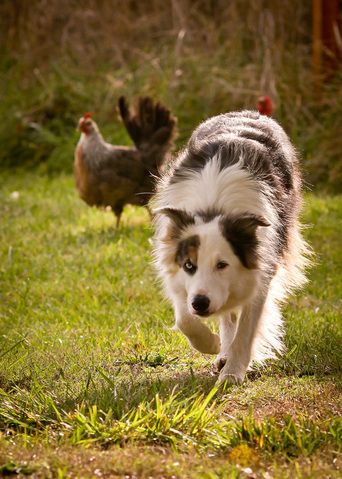 London is my big happy dork.  I have never met a dog more confident in who he is, London lives in his own special LondonWorld.  He is one very self-contained guy, he never worries where everyone else is - he knows where he is, and that's all that matters.  There are very few things that even phase the Bun, the boy is a rock, his confidence is unshakeable.

London is a very independent boy, but he loves to play.  He'll play with anyone, anywhere.  In fact, I have to keep tabs on him, sometimes he forgets who he actually lives with.  I don't think he has a concept of 'home', home is wherever he happens to be right that moment.  Of course, his focus no matter where we are or what the distraction is amazing.  London is not a dog to worry or be distracted from the task at hand.

It took me quite a while to get to know London, though it's not like he was hiding anything.  What you see is what you get with the Bun, he's a wide open book, nothing hidden there.  London is an incredibly fun dog, he's always up for an adventure.  He's always smiling, always having a good time - He's never worried about being wrong, he's just having a big party, all the time.

Unlike my other dogs, I never have to worry about new situations or stress with London - it just never seems to occur to him.  I love traveling with him and trying new things - he's up for ANYTHING, he would play all day long and never get tired of it.

London is also a 'good dog', which was a new experience for me.  I'd never had a dog where you told them not to do something and the dog never questioned it, never tried to find a way around it or see what they could get away with.  London just ... does it.  There is not a lot of grey areas in London life - he likes rules.

In many ways, London is like a fine wine - he only gets better with age.  Or rather, maybe I have that backwards - he probably is just who he's always been, but I appreciate him more and more all the time. 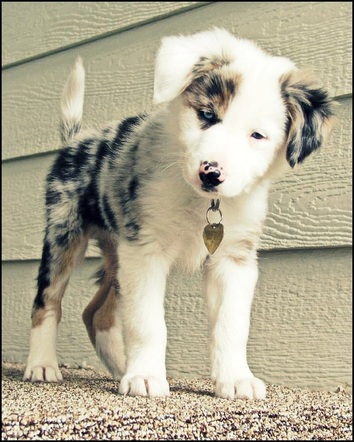 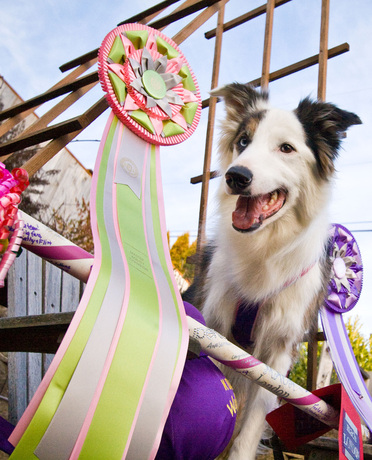